Item number: 882080
EAN: 4260071882080
Illustrator: Fiore GmbH
In Fabula Rasa, the players take turns telling a constantly changing story, as is typical of oral tradition. The motifs on the maps provide visual cues for central persons, objects and locations of the story, which must be remembered in the correct order. Creative and challenging to the memory is the fact that in each round, cards disappear and new ones are added. Those who succeed as storytellers in presenting their version of the story without mistakes are rewarded accordingly.
In the set SEEMANNSGARN the players slip into the role of sea bears, who tell each other all kinds of fantastic stories in the harbour pub: about sunken ships, treasure maps, pirates, mysterious islands, dangers and adventures at sea. 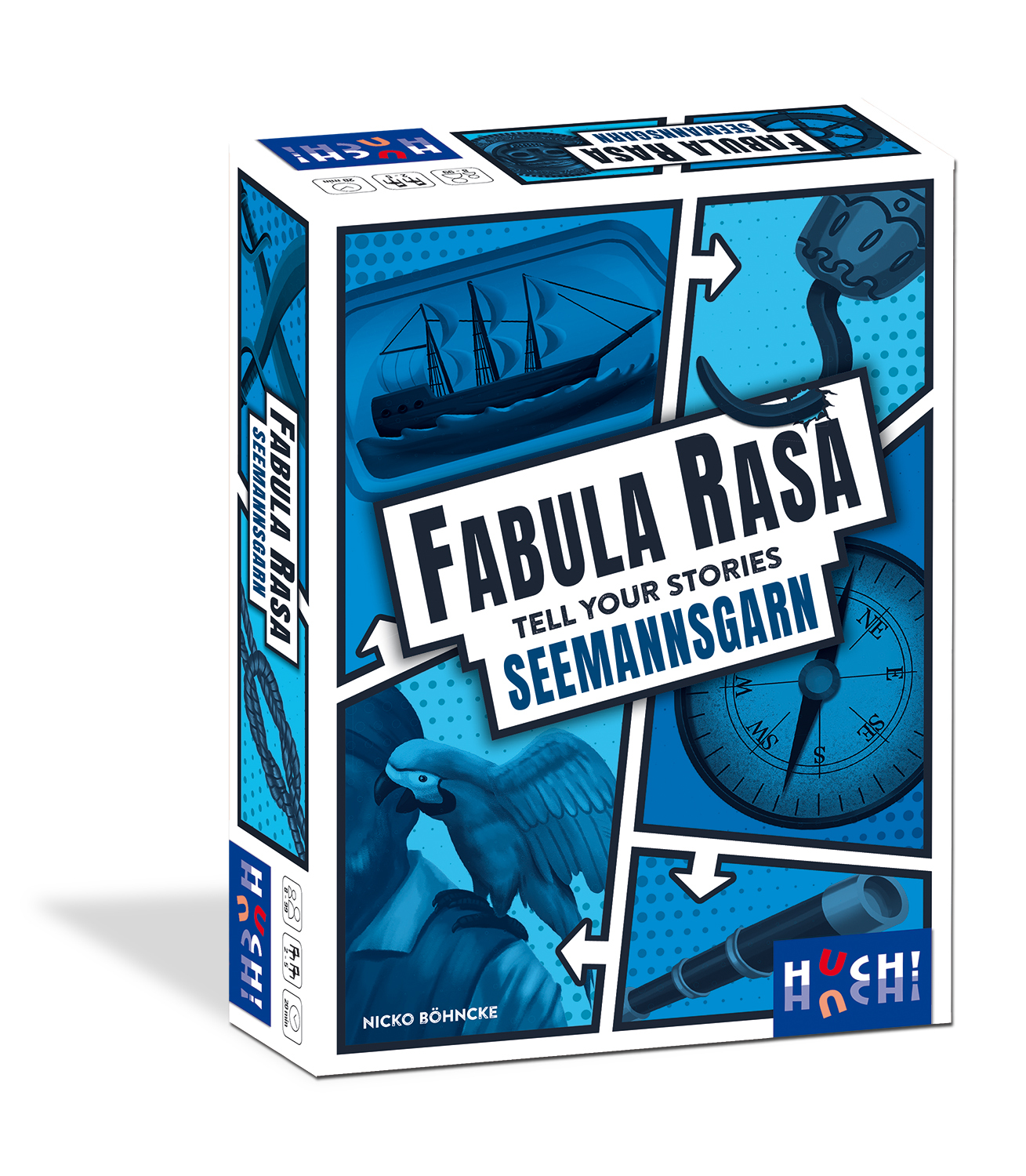 shop online
Back to overview